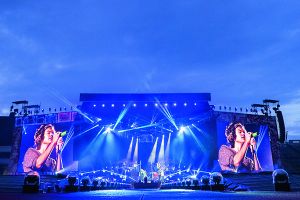 The phenomenon of the boy band began about half a century ago with the mania that followed the Beatles' every move and it's fair to say that every generation since has produced its own version. From the Bay City rollers to the Osmond brothers and, of course, the first version of Take That, each one has followed a similar path. A clean cut and cute profile producing a massive following in the girl teen and pre-teen market; global sales and an intensive touring schedule followed by another album. Kate Lyon reports on the UK's latest boy band as their globally touring live show visits Manchester.