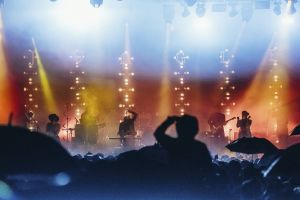 Colour Sound Experiment continued its frenetic 2015 summer festival season supplying lighting to 12 major stages, 24 smaller performance areas and eight bars at the 2015 Secret Garden Party (SGP) event staged in Abbots Ripton near Huntingdon UK.
The picturesque SGP site occupies a portion of the grounds of a Georgian farmhouse with its own lake, river and landscaped gardens. It was launched in 2004 as an alternative to more mainstream events and has been a great success, still maintaining it's alternative ambience.